Usually when you see the words “no pain, no gain” it is about exercise, growth and discipline. In my case, it was quite literal.(Warning…this post may not be for everyone. It is intense and graphic and long.  Proceed with caution…)

And my inbox was inundated with enlightenment. About 100 messages later, I filtered out a couple of interesting propositions.  The one that really caught my attention was the sadist. He was unapologetic and direct. He was aroused by inflicting pain on his subjects. He did clarify that he did not go to extremes, but helped people release their most dark and deviant desires. I was reluctant but intrigued.  After all, I’d done just about everything on my sexual bucket list, many times over, so I felt that I needed to expand my perspective.

After talking and messaging for over a month, we agreed to meet one weekend.  I wanted to ensure my safety, so we exchanged pertinent information.  I verified his full name, address, date of birth, occupation, and had a friend run a background check on him.  Yes, I know…a bit overboard, but his check was clean and he was who he said he was.  My friend knew exactly where we were going and I was to check in after we met, so that she would know I was okay.  He lived about an hour from me, and reserved a hotel suite for our adventures. I liked that we were meeting in a neutral location. It gave me an added sense of security.  It made me feel  like I wouldn’t end up in the bottom of a well with him screaming, “put the fucking lotion in the basket.” I also liked that he sent me an actual questionnaire, regarding my limits and curiosities.  We reviewed it together in detail so we would be on the same page.  He knew my limits and he knew my kinks. And I had no idea what to expect.

I was to arrive in the room first and get ready for the evening.  He asked that I wear a black dress and heels. So I happily obliged and took my time getting ready.  I had no idea what I was preparing for, but I was giddy with anticipation. He knew I was nervous and asked me to go to the hotel bar for a drink, before he got there. I was almost finished with the third Cosmo when I received a text, “I am here. Come now.”

I tossed back the drink, cashed out and made my way to the room.  He was waiting at the door for me, with a large imposing black bag and a sadistic grin. I walked towards him realizing that there was still time to turn and run the other way. But instead, I walked with confidence and purpose, eager to release the demons that lurked deep within my bones.

He had an imposing stature, tall and muscular.  He was dressed in black slacks and a black shirt. His sandy blonde hair was slightly messy and he smelled divine. “It’s nice to meet you, Tess.  Are you ready?” he asked as I put the card in the door.

I smiled and said, “I think so.” and with that he put his arm around my waist and walked me into the room, backing me up against the wall. He said, “Are you ready is a ‘yes’ or ‘no’ question.  I need an answer now.  If you don’t want to go further, it’s okay. But I need to know NOW.”

He took the breath away from me. I was scared and aroused and I looked into his brown eyes and said, “The answer is yes.  Yes I am ready.”

“Good. What is the safeword we discussed?” he asked.

“Good girl.  Take off the dress.  Leave on the heels.”

I slowly unzipped my dress and let it fall to my feet.  I stared into his eyes as I removed my bra and eased my lacy black panties down my legs. I stood before him, completely naked, in heels.

He walked towards me and clutched my throat as he kissed me. “You are so beautifully sexy and vulnerable right now. I am going to fuck you till you can’t walk.  I am going to hurt you and allow to let go of yourself. On your knees, now.”

I fell to my knees and looked up at him.  He stroked my chin as he pulled his hard cock from his pants. “Suck until I tell you to stop.” he ordered.  I took him into my mouth as he pushed himself farther and farther, aggressively fucking my throat. It was a messy scene of saliva and tears with smeared lipstick and runny mascara, as he made my eyes water with every thrust.  “Your tears are sexy as hell. This is just the beginning. Stand up and put your hands on the table, spread your legs.”

I didn’t want that to happen, as I wanted to push limits with him, so I regained composure and focused on taking his torment.  A few minutes later, he stopped and told me to grab a towel and get on the bed.  As I began walking towards the bedroom, he snapped, “Crawl to me, slut.” I still had my heels on and I clenched the towel with my teeth as I crawled to the bed.

“Very nice. Now give me your hands.” he swiftly placed leather cuffs on my wrists and tied me to the bed. I felt nervous by what was coming next when I heard the sound of him rummaging through his bag of tricks.  He pulled out several items and I felt a sense of terror as I heard him approach me. I was face down on the bed, with my hands tied and I could not see what was coming.

“On your questionnaire, you had a strong curiosity about needle play.  I am about put needles between your toes, while I continue to violate your ass. So I will need you to be completely still.”

Without a single word, he got a warm washcloth and wiped my tears.  He kissed my forehead as he began to clean me up. His touch was tender and affectionate.  He whispered in my ear, “You were amazing tonight.  You truly let yourself go.  How do you feel?’

My voice was shaky from the intensity of what had just happened.  Teary-eyed I looked at him and said, “I don’t know how I feel.  I feel confused, but I feel content.”

He scooped me up in his arms and held me as we drifted off to sleep. I awoke to him packing his bag.  He sat on the bed next to me. “You are probably going to feel some confusion over what you experienced tonight. I am here to talk to you whenever you need me. This is just the beginning of what we could do together.  If you want to explore more, I will be here.  If you don’t, that’s okay.  I will understand either way.  This is not for everyone.  But your response was beautiful and liberating. I do hope we can see each other again.”

And with that, he placed a bottle of water on the nightstand, tucked me into the covers like a child, kissed my forehead and left. A couple of minutes later I received a text, “room service comes at 7:30 with breakfast.  You need to eat something, Tess.  Text me when you get home.” 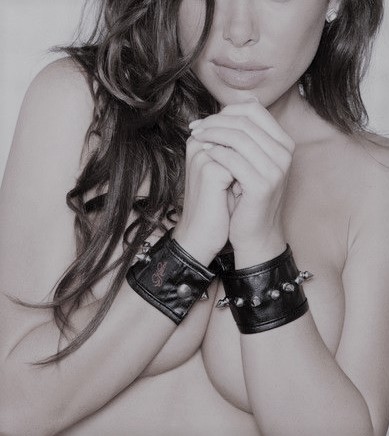