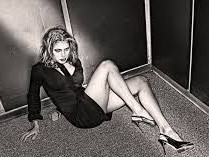 My descent into the downward spiral of the rabbit hole was exhilarating.  I peeled off the mask I’d been wearing for seven years, finally recognizing my reflection in the looking glass.  It was me.  I had returned.  The darkness around me was a familiar place of refuge and I felt alive.

Greg continued his massage of my shoulders, slowly easing his hands towards my soft breasts.  He was gentle in his touch and I longed to kiss him again  Time was passing quickly and we couldn’t stay behind closed doors alone for much longer.  Someone was bound to notice and there would be talk.

Greg turned me around to face him.  “We should continue this later.  We don’t want to create any suspicion around here.”

I nodded in agreement.  He quietly unlocked the door and placed a chair under the vent he’d inspected.  “When you open the door, I will be on the chair pretending to diagnose your issue with the vent.  That should ward off any talk.”

He stood on the chair and as I moved towards the door. I noticed the bulge of his crisp khaki pants.  I paused as I walked by him, taking a moment to look up in his eyes seductively.  I casually opened the door and slid out of the office unnoticed by anyone.  He pretended to work with the vent for a few more minutes before leaving.

When I returned to my office, there was a note in my desk:

You name the time, and I will make time. Come see me in my office before you leave.

Hmmm…Instructions.  I liked the tone of this note.  Around 4:50, I visited his office.  He was busy working on several projects, but welcomed me in.

“What are your plans for Friday night?’ he asked.

“I don’t really have any.  He is working nights and my son is staying over at a friend’s house.”

“Okay.  Could you stay out for a few hours?” he asked.

My face felt flushed.  It just dawned on me that I was about to dive in this pool.  I was about to plan this tryst with him.  I felt nervous at the thought of being intimate with someone new.  I’d brainwashed myself into monogamy and I began feel a slight moral dilemma.

“Is this too much, too soon Tess?” he asked.  I guess he could read my face.  He could see that I was struggling with making definite plans.

He pondered his next comment.  “I am thinking we should meet at the Sheraton around 8:00.  I will get the room.  Just promise me this, if you change your mind, you will tell me and I will promise to do the same for you.”

I nodded in approval, “I don’t think I will back out, Greg. I don’t think Friday can get here fast enough for me.”

He grinned.  My LAWD the man was sexy.  It was only Tuesday.  How could I hold out until Friday?

The week moved on at its normal pace.  I was super-busy and so was he.  We would exchange niceties in the halls and spoke in morning meeting.  We both understood that we needed to WAIT for Friday.  We understood the intense heat between us and knew if we found ourselves alone for any amount of time that we would go too far.  That couldn’t happen at work.

Friday arrived and I felt like backing out.  I didn’t have a change of heart, but I was nervous about our encounter.  I somehow pushed through the day.  When the evening arrived, I took my time getting ready.  My son was with friends.  My husband at work.  And I had the house to myself.  I took a long, hot shower.  I made sure my skin was perfectly smooth.  I prepared myself as if I were going out on a first date.

I had just received a cell phone for work a few days prior.  Greg already had one and that’s how we communicated.  He called me around 7:30 to give me the room number.My heart jumped when the phone rang.  I knew it was him calling with the location.  His voice was deep and sexy, “Hello, Tess.  I am here.  The room is perfect, come on when you’re ready.  It’s room 719”

I did some last minute preparations and headed out. It took about 10 minutes to get to the hotel.  I arrived and the door to the room was ajar.  I knocked lightly as I opened it.  The lights were out and there were candles lit.  I looked down and noticed a trail of clothes on the floor.  Shoes. Socks. Pants. Shirt.  I followed the trail and saw him standing at the end.  He had on nothing but black boxers and that devilish smile.

I walked towards him and he pulled me close.  My face rested on his warm, toned chest.  He smelled divine. His skin was smooth and I rested my head on his heart as he stroked my hair. He pulled my face to face his.  His eyes smiled as he looked into mine. He planted a kiss on me that made me swoon.  I literally felt weak in the knees.

He pulled me close again, as he began removing my clothes.  Piece by piece.  He turned me around, with my back to him, as he unzipped my little black dress.  He carefully slid it over my head, leaving me there in my (matching) ivory and black lace bra and panties. He ran his hands over my back and carefully unfastened my bra.  He slowly pulled it away from my body as my breasts spilled out. He turned me to face him again as he looked at my body.  He kissed me as he guided me towards the crisp white bed.

“Lay down and get comfortable.” he instructed.  He sat next to me and massaged my body, circling my breasts, softly rubbing my legs, tickling my abdomen as he stroked it like a feather.  He kissed me as he touched the place between my legs.  I was still wearing my panties and he teased me by tracing the edges of the elastic with his fingertips.  I wanted him to rip them off and fuck me sore.  I wanted him to unleash what I’d held onto for seven years.  I wanted him badly.

He stood up and pulled my panties off.  They were moist from my arousal.  He dropped to his knees and buried his face in my thighs, exploring my slit with his tongue.  I whimpered and moaned in delight.  He slid a finger into my slippery place as he probed for the sweet spot.  Once he found it, I came immediately.  He stood up and I sat up, dropping to my knees on the floor, taking in all of his length in one movement.  He almost lost his balance as he felt for the bed under him.

I worshipped his ample cock.  I licked the shaft slowly, deliberately circling the head with my tongue before taking it deep.  I sucked softly and then aggressively, like the greedy slut I was.  I teased him by only taking in the tip and then taking it as far as it would go down my throat.  I don’t think he’d ever received anything like that.  He was so hard.  As much as I wanted to swallow his load, I also wanted to feel him deep within me.

I stood up and he pulled me on top of him.  His cock was slick with my saliva and it easily slid inside me.  I moved my body down onto his, feeling how he filled me.  I started to grind and buck, taking his cock deeper with each stroke.  I found myself going faster and faster, overcome with pleasure as we headed to orgasm.  We came together and I fell onto the bed beside him.  We both just lay there…in awe of what had just transpired.

“You okay, Tess?” he asked.  He was slightly out of breath.  I replied, “I am better than I have been in forever.”

He pulled me onto his chest and brushed the hair out of my face.  Looking at me, he said, “That was amazing.  I want more of you.  I want to have you as many times as I can tonight, you feel so good.”  I was speechless, as I was still recovering from the high.  But I found myself morphing back into the naughty girl from years past.

We took a candlelit bubble bath together and fucked again.  He took me from behind that time.  He filled every space inside me.  As he was about to unload, he pulled my shoulders back to edge in as far as he could.  He let out a primal growl as he filled me.  I loved it.  I wanted him rough.  I wanted him to use my body for his pleasure.  I wanted to give him something he didn’t get at home.  I wanted to be slut he needed me to be.

We carried on throughout the night.  Around midnight, we both got ready to leave.  He helped me put on my dress, but refused to let me put on my panties.  He said I should keep them off, as he found it sexy.  I was happy to oblige.  He walked me to the elevator and pushed the button for the penthouse.  I was confused.

“Where are we going?” I asked.

“Just taking a ride, that’s all.  Gives us a few more minutes together” And with that comment, he walked over to me, slipped his hand up my dress.  Pushing two fingers in my hole, he fingered me on the elevator for a couple of floors.  He slipped them out and put them in my mouth, running them around my lips.  I could taste my sex and his seed.  He then pinned me to the wall and kissed me.  “Now we have tasted each other together.  Until next time, baby.”  He kissed my cheek and walked off the elevator as it we had just reached the ground floor.  He walked to the left.  I walked out to the right.

And as I made my way to the car I thought about the evening and once again, I felt weak in the knees...