I was in a place of transition.  I’d just been recruited to work in a director’s position at a local retirement home.  The place had a horrible reputation, but the new ownership assembled a strong team of experienced managers tasked with turning it around.  I loved it there.  The owners worked day and night to make improvements to enhance the lives of the residents.  We all worked together to make a difference.

For the most part, I liked everyone I worked with.  The administrator was kind and focused.  The director of nursing was great at leading the clinical team.  The social worker and I immediately bonded over music and movies.  And then there was the director of environmental services.  I was very fond of him.  His name was Greg.

I met him the day of my interview.  He was walking out as I was walking into the building.  He smiled as he opened the door for me, “Come on in.  How may I help you?”  His smile was sexy and I recognized a certain look in his eye.  It’s the look that you share with others in your tribe.  It’s a glimmer that lets you know that they “see” you also.  The real you.

“You must be the one he told us about!  Are you here for the interview?” he asked.

I nodded.  Greg smiled as he walked me towards Brian’s office.  He knocked on the door as he opened it and said, “She’s here.  The one you were telling us about.” Brian opened the door and welcomed me in.  Greg shook my hand and said, “It was really nice meeting you.  I hope to see you around here soon.” I sat down with Brian and sailed through the interview.  He immediately made me an offer and I accepted, on the spot.

From the beginning, there was tension between Greg and I.  It was an unspoken air of sensuality that existed when were in each other’s presence.  Although we didn’t have time to talk often, the conversations we did have were charged with an underlying tone of mutual attraction.  It was in the eyes.  When our eyes met, there was a certain electricity that sparked from the connection.  We both dismissed it.  After all, he was married.  I was married.  And neither of us wanted to venture too far off of our ascribed paths.

As the days went on we became closer, often talking about our kids and our lives at home.  We had sons the same age, who attended the same elementary school.  We worked hard at keeping our interactions professional but there was still tension in the air.  Occasionally, we would forget our obligations and shamelessly flirt with each other.  Then one of us would reel it back in.  We would take a couple of days off from chatting, to cool down, but eventually we would end up in the same place.

One sultry afternoon in May, I called him to my office.  The air conditioner vents were blowing hot air and it was quickly becoming uncomfortable.  He stood on a chair and checked the vents.  I looked at his form as he stood there, inches away from me.  I fantasized about facing him, and slowly unzipping his khaki pants as I looked in eyes; pleasuring him right there in my office.  I was lost in my thoughts when he said, “It’s electrical.”

I was caught off guard.  “What?” I stammered.

“The issue.  I think something may have tripped the breaker because, there’s no air coming out at all now. It’s happened in a couple of the other offices.  We’ve already called in a HVAC company to fix it.”

He grinned.  “I have a fan tucked away in my office for such occasions.  I will go get it for you. Do you need anything else?”

At that moment, our eyes connected and there was no going back.  It was happening.  I could feel it.  He could feel it.  I stared deeply into his brown eyes and said, “Yes.  I do. But it can wait until you bring the fan.”

He held my gaze for several seconds before walking back to his office.  I felt a tinge of nervousness deep in my belly.  I looked around my office and began visualizing where this would take place.  Over the desk?  On the table?  On the floor?  Does the lock work on my door?  Do my bra and panties match today?  Oh shit, did I shave my legs this morning? As my mind raced, the door opened as he walked in with the fan.

He stared into my eyes and said, “Where do you want it?” He meant the fan, but I knew there was another meaning to his question.  He knew I knew it.  I nervously sat behind my desk and said, “how about on the table?”

He plugged in the fan and turned it towards me.  He sat in the chair across from my desk and said, “What else did you need, Tess?”

Oh shit, I thought.  Not prepared.  At a loss for words.  What to do?  I’d not stepped off the path of fidelity in my sexless marriage for almost seven years.  No man, other than my cruel bastard of a husband, had touched my skin in seven years.  I had not felt like a woman in seven years. I was so hungry for Greg’s touch, but I was bound to another.  As I struggled with an answer, Greg stood up and walked towards the door.

“I’m not going anywhere.  I am just locking the door. So tell me, what is it you want from me, Tess?” his tone was direct.

Keep in mind that for seven years I’d been in a relationship where I could not be my wanton self.  I worked hard to bury that part of me in exchange for the perceived comforts of the Stepford life I was encouraged to live. Plain and simple, I’d all but lost my game.  The old me would have spun a yarn, filled with innuendo that would have already had us in the throes of passion.  The new me didn’t know how to navigate this part of the journey. But slowly, I found the words.

“In my last job, the director of environmental services, was known to give a great massage.  My co-workers would call him to their offices on stressful days and he would work all of the knots out of their shoulders.  I never got one, but he said those were tricks of the trade and that all environmental directors are good with their hands. Is that true, Greg?  Are you good with your hands?” I coyly asked.

He walked towards my desk, stepping behind me, he moved the hair from my shoulders as leaned down and whispered, “I don’t know.  I will let you be the judge of that.”

He gently stroked the back of my neck as he moved his hands towards my shoulders.  I’d not been touched there for so long that I sighed out loud.  He began kneading my tense muscles and I relaxed into the massage.  “How is that?” he asked

“It’s wonderful.” I said.  My voice was breathy and faint.

He moved his hands up toward my neck, gently caressing my throat as he moved them back to my shoulders.  I was lost in his touch.  I could tell he wanted to feel my breasts, but he kept his hands at a respectable distance.

I stood and turned to face him, looking him in the eye.

My voice was steady and sure, “You have no limits with me, Greg”

He grabbed the back of my head and pulled me towards his mouth, passionately kissing me he said, “I want you.  I’ve wanted you since I met you.”

That was the day I ventured down the rabbit hole. 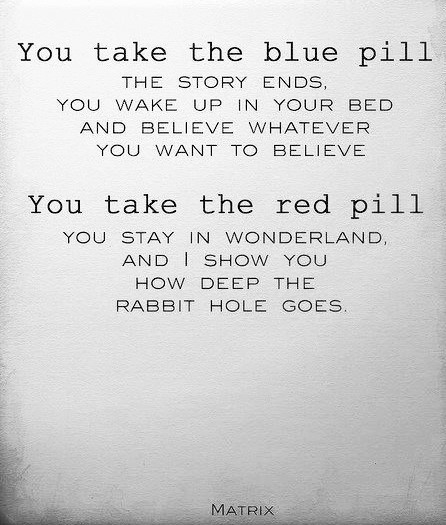