We met through a mutual friend, who said we were perfect for each other. He was almost 18 and I’d just turned 16.  His father was a dentist.  He attended a school in another county.  He was nice-looking, very tall and very smart.  His name was Joe.

Joe had all the traits of a confident, popular high school senior, except that he was painfully shy and socially awkward in certain scenarios.  He was most awkward when interacting with girls. I seemed to put him at ease.  And, I took him on as a project.

Our relationship began as a friendship.  We would attend different school functions in support of one another.  It gave us time to hang out and get to know each other in a comfortable setting.  But I found myself becoming more and more attracted to him.  I found myself thinking about him sexually.  Wanting him.

He was just so innocent.  So shy and nervous.  When we crossed the line from friendship into interest, our first kiss was a bit of a disaster.  But we kept at it and he grew more confident.  We began going on dates and instead of going to the movies as we said we were…we would end up in the backseat of his Volvo, making out to whatever was on the radio.  We never consummated the relationship.  He was very hesitant to go there.  I seemed to understand why.  I think it was performance anxiety.  He was still a virgin.

Joe knew that I was experienced.  More experienced and confident than he was.  I clearly knew what I was doing and he still fumbled about when trying to get into my jeans.  So I began to take on the role of coach, mentor, trainer to him.  You see, I knew the relationship we shared would not go anywhere.  Although we had so much in common on the outside, we were wired differently.  I knew that he couldn’t give me what I needed, even at such a young age…I knew who I was…what I craved…I understood my dark desires.  And Joe was truly too nice of a guy to handle my tar black soul.

I remember showing him how to remove my bra with one movement of his wrist.  How to caress my breasts, teasing my nipples.  I showed him how to kiss me on the neck to turn me on.  I demonstrated how to successfully get inside my jeans, with minimal effort. I explained a woman’s anatomy and showed him what felt good.  I let him experiment on me.  My body was like his laboratory and he was an eager student.

I remember the first time I took his cock in my mouth.  He came in a matter of seconds.  He was so embarrassed and apologetic.  But I explained that the only way to increase his endurance was through practice.  So we kept going there.  Eventually, he showed me what he liked.  He began to understand himself and his desires.  He learned how to communicate what he wanted from me.  How he liked it when I licked his shaft before taking him deep in my throat.

We carried on like this for weeks.  Each “date” was a tutoring session.  I taught him how to please me manually and orally. He became accustomed to giving and receiving pleasure.  He became more confident. He was morphing into the young man of my dreams.  But still, I knew it wouldn’t work long term.

One night after a long playdate in his car, he looked at me and said, “I am ready”

I remember thinking how proud I was of him…that he not only knew he was ready, but he said it.  He told me.  I was impressed with his confidence.

I said, “Okay.  When do you want to do this?”  I felt like a teacher scheduling the final exam.

Friday quickly arrived and I readied myself for our date.  I spent more time getting ready than I typically did for our sessions.  I wanted this to be special for him.  After school, I borrowed my mother’s car under the premise of getting hairspray at the store, but really, I bought my first pair of black thigh high stockings.  They were so opaque they were almost like tights and looked great under the black skirt I wore.  I felt confident and sexy.

He arrived a few minutes early and spend time chatting up my parents.  They liked his squeaky clean appearance and the fact that he came from a good family.  I rounded the corner from the hallway to the kitchen and our eyes met.  He was wearing a white Polo button down shirt with jeans.  He looked great.  He saw me and I could tell he was pleased by the way he looked me over.

We left my house around 7:30.  Instead of going to our favorite restaurant, he drove me to a place we’d never visited before.  It was close to his dad’s practice and had just been purchased by a developer (today there’s a car dealership there).  The road was clear, but completely deserted.  It was perfect.

Joe got out of the front seat without saying anything and walked around to open my door.  He took me by the hand and I assumed we would be moving to the backseat.  But first, he pinned me to the car and kissed me like he never had before.  I was shocked and excited.  He opened the door to the backseat and before I got in, he reached up my skirt and pulled my panties off…never uttering a word.  He then guided me into the car, shut the door and made his way to the other side.

He sat next to me and held my hand.  We rarely held hands, but it was nice. For a while, we just laughed and talked.  Then he looked at me, as he brushed my hair from my face and said, “I want you.”

Even though I was his teacher.  His mentor.  I felt a tinge of nervousness.  I was nervous about going all the way with him. He slowly unbuttoned his shirt and laid it across the front seat.  He then carefully removed my sweater, and then my bra. We kissed and he pulled me on top of his lap.  He fondled my breasts and teased my slit.  I felt his hardness through his jeans and asked if I could taste him.  He opened his door and removed his pants outside, turning to face me in the car.

I sat on his side of the car and sucked his hard cock from the open door.  It was intensely hot.  He held my face and knelt down to kiss me.  Then he said, “Lie down and scoot back to your side of the car.  I need some room.”

I felt him mount me and for the first time, I felt him inside me.  He was rather well-endowed and filled me quite nicely.  Neither of us said anything.  We just looked into each other’s eyes and sank into our own rhythm.  He pulled my legs up and went deeper.  We never lost eye contact.  I knew when he was getting close to orgasm.  I could read it in his eyes.

He stopped and took me by the hand to pull me up.  He then got back into the car and sat down for me to straddle him.  I was still wearing my thigh highs and sat atop his lap, easing him into my sex.  He held my body tightly as I began to move up and down on his hard shaft.

I was eager to give him feedback, “You feel wonderful.  You fill me up and I don’t want to stop riding you.”

Hearing that turned him on as he grabbed my hips and began moving me to his rhythm.  Faster.  Harder. Deeper.  I came almost instantly and he was not far behind.  I will never forget the look in his eyes as he unloaded in me.  How intense. How amazed.  How grateful.  How sated.

Afterwards, I stayed on his lap and we held each other.  He nuzzled himself in my long hair and breathed me in.  We shared a certain closeness…an intimacy.  Something I’d yet to experience, and I later realized what a profound effect it had on me. Finally it was time for us to go.

On the way back, we stopped at a drive thru and ate.  We had been so eager that we forgot to eat.  We laughed and joked on the way home.  And as usual, he walked me to the door and gave me a goodnight kiss.  But there was something different in the way he walked…carried himself.  He was a man.  And at the time, he was my man.

Eventually our relationship fizzled and we went our separate ways by the Spring.  He graduated that year and moved cross country to attend college.  One day, I received a letter from him.

The first page of the letter talked a lot about his life in college, his new girlfriend, his family and then on the second page…written as a separate note, was a letter thanking me for taking the time to show him how to treat a woman.  He referenced everything he learned from me and how I made his first time so special.  He went on to say that if he lived to be 100, he would never forget that night in late February where he lost his virginity.  He would never forget how patient I was with him.  He said in the letter that I was more than his first time, I was his first love.  He closed the note in a way that was closure for both of us.

It will be 28 years this February and I’ve never looked him up on social media.  I have never attempted to find his number or contact him in any way.  I drove by his dad’s practice and noticed his sister had taken it over, since his father retired.  I don’t want to know Joe now.  Our time and our purpose was long ago.

I want to keep him alive in my memories, just as I remember him. 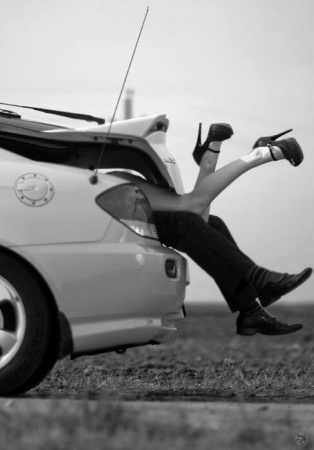 Random views and musings with a sprinkling of idiocy