In 1987, the TV movie, Mayflower Madam, aired.  I recall watching it with my mother.  I was almost 15 at the time and my mother had no judgement when it came to TV or movies.  (She really didn’t get it…never allow a 7 year old to watch the Exorcist on Halloween night…just sayin’)  We both watched this story of Sydney Biddle Barrows, and how she opened her own  escort service.  I was hooked.  (No pun intended).  How interesting.  How intriguing.  I remember thinking to myself, “I could do that.  I could be an escort, a call-girl.” Even at the tender age of 15, me…a straight-A student, thought being an escort would be a fun career for a fun-loving gal like myself.

It was a hazy summer evening in mid-June.  I was sitting on a porch with friends, solving the world’s problems. As usual, I was dishing on some poor loser I’d just dumped.  There was always a story.  I plowed through men like water and I was always on the lookout for my next victim.  I was becoming a bit harsh and bitter, seeing men as a past-time and closely guarding my emotions, as not to get hurt.  I was in the middle of my story about this latest tryst when my friend, Brian, spoke up and said, “As much as you like sex, you should really get paid for it.”  I laughed and said, “Sure.  Wish I could! I’d be rich and famous…or infamous.”  And while the rest of my friends laughed at my comment, Brian was quiet.

“Do you really want to get paid for sex?”  His tone was serious.  I didn’t know if he was about to lecture me, save my soul or offer me money for a fierce blow job.

One week later, I began my journey as an escort.

Brian wasn’t the pimp.  He was not involved in the business at all, but he knew a lesbian couple making a killing working for a service.  They were madly in love with each other, but very short on cash, so they began working as escorts (with men or women) to make ends meet.  One of them was in college and the other worked as a dental assistant by day.  They seemed to enjoy the work and referred me to the Madam.

Her name was Gina and she was a fast-talking woman with an endearing way about her.  Looking back I think she was on some type of drugs, but I was naive to it at the time.  She liked me immediately and hired me on the spot. (The interview was in the parking lot, in her car at a local nightclub.)  She had asked me to bring a copy of my drivers license with me for her records, which I did.  (She kept this in case of emergency).

After the interview and job offer, we discussed pricing, payment and work hours….

Then she looked at me and said, “Are you ready to work tonight?”

I was not expecting that at all.  My first thought was about my underwear…was I wearing the cute ones?  Were they sexy enough?  Was I sexy enough?

My first call with with a man in his early forties that owned a used car dealership.  He was a heavy drinker who had just divorced his third wife.  He was decent looking and smelled a bit like my father….it was likely the Old Spice he wore.  Gina gave me a “work” name to protect my identity.  I didn’t choose my name…she did.

That night, I was Tiffany.  I wasn’t a fan of it.  I asked her why she chose that name for me.  She replied, “It has a certain innocence and charm.  And you are charming.  And you look like the girl next door….there’s nothing harsh about you.”

So I did it.  I liked this new identity.  I found myself developing a persona around my new name.  I played a bit coy and innocent.  I could tell he liked it.  It made him feel like my mentor, my teacher.

And to be very honest, I was nervous.  I mean how do you have sex with someone within minutes of meeting them?

I quickly realized that this whole thing, sex for money…this  is Sales 101.  It is needs-identification.  Knowing what he wants.  Listening.  Validating the need.  And closing.

For this gentleman…he wanted a “pretty young thing” to help him get over his latest relationship.  He needed someone who would make him feel good, with no strings, that would be out of his life as quickly as they’d arrived. And I fit the bill.  But he ended up wanting me to stay the entire night.  I cleared it with the Madam and they negotiated a set price.  During our rest breaks we talked…we laughed…we noshed on room service…and then we fucked again.  And again.

The Sunday morning sun peeked through the drawn hotel curtains as I was getting dressed to leave.  In the light of day, we were both all business.  One of Gina’s cardinal rules was to call her upon arrival and before departure.  So I called her once he paid me, and she verified that I had been given the proper amount.  Then she asked to speak to him.  He was most complimentary of his time with me and asked her if he could tip me.  And he did.

Not bad for my first time.

I remember going shopping later that day…just as I had the day before.  I didn’t feel any different.  I didn’t feel ashamed.  I didn’t question the morality or the legality of my choice.  For me, it was a job…an assignment.  I accepted it.  I completed it…and I got PAID for it.

It was Father’s Day, 1994.  I had just arrived at my parent’s house when my pager buzzed.  It was Gina.  She had another assignment for me later that evening.  So I had dinner, enjoyed the visit with my parents and excused myself for the night.

By 10:00 pm, I had already completed one assignment as was booked for two more.  I finally returned home around 2:00 am.

The grand net total for my inaugural weekend….

Four assignments and $1600 in my pocket.

Damn, that was easy.  A girl could get used to this…. 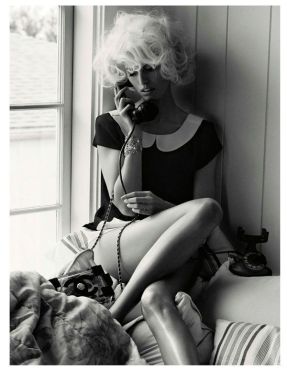